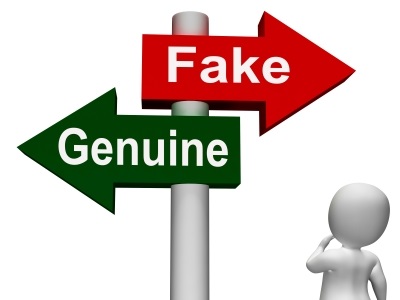 1 Generally speaking, 99% of CRP have imprints on their lower right corner (a small percentage in left margin) usually in very small fonts, providing data like publishing date, publishing authority, reference number, name of artist(s) and quantity printed. The exceptions are local posters (posters printed by political organizations like various revolutionary committees/workers unions and posters printed by some national authorities like banks (may have banks’ name but generally have no date) and the Peoples’ Liberation Army (PLA) (in this case, name of PLA will be printed on the lower right corner but may not have date).

2 CRP are mostly printed on rather thin papers except some larger size ones (75×105 or over) which need to be printed on thick paper for better display. And so far most FAKE CRP commonly found on Ebay and mainland market are on a kind of thick paper which have never been used in the 60’s or 70’s.

3 FAKE CRP are generally based on the design of relevant REAL CRP (see below pictures for comparison). If you are experience collectors, you may have seen those nice real ones. But many FAKES, probably for the sake of saving cost, have turned the original colorful design into black and white/red prints.

4 For political reasons, CRP carrying Mao figure are generally well designed and Mao ALWAYS look bright, handsome, energetic and in great details. If you find a Maoist poster with a badly portrait Mao head, it is really suspectible.

5 Maoist CRP is really difficult to find now even in mainland China. You can see that in recent auctions of Sotheby’s, Maoist CRP are generally set at a starting price of several hundred USD. I am not in a position to comment on the price of any seller/dealer and its true that luck may come onto you sometimes and somehow, but as the saying goes, if a deal is too good to be true, it probably is!

6 I see some FAKES with an imprinted date in very big characters, like “67” or “1967”. As far as we know there is NO CRP with such imprints and among the thousands of CRP in our collection, none is of such design. Those FAKE with such dates just serve to persuade you that they are printed/issued in the cultural revolution period.

7 Printing quality is a main clue to a poster’s authenticity. FAKES are normally badly printed, looks blur, out of focus and the inks used may even be easily ripped off with your fingernails.

8 As said in above, Maoist CRP are rather hard to see on open market now. If a CRP of the same design appears on auction sites or on any antique markets in great quantities within a short period of time, you should really beware. If a seller says in his/her description “I bought this in a flea market/rural area in China and am not sure about its age” and you still bid on such items, you are bidding at your own risk.

9 The following examples of FAKE CRP are the most commonly seen ones on auctions and in antique/flea markets in mainland China. We have a few of those FAKE CRP in hand for study and reference. And we found hundreds of them in person in Shanghai, Beijing and Shenzhen. See if they look pretty FAKE to you or……..

Lastly, the above tips are “tips” only and not universal truth. Although I am specialized in CRP, have come across thousands of them and trust that few FAKES can past such tests, there is still chance of some exceptions. I sincerely hope that this section may offer you some help in distinguishing the FAKES from REALS and saving your $$$.

***The above picture was taken by myself at Panjiayuan (the most famous antique flea market in Beijing) in 2005 November. It was in around late 2005 that mainland people began to reproduce CR posters in big quantities. You can see the more popular ones have all be reproduced for sale at about RMB10 each. It is known that people have borrow (with remuneration of course) a nice collection of CRP from a Beijing collector to make those copies.

Highlight 1 Highlight 1
Needless to say, this fake reproduction is of much poor quality than the real shown one on the right side.

This real poster is one of my treasures. I like posters in great details and this one fully satisfied my anticipation.

As always, real poster like this is of much better printing quality. Every details is sharp and clear.
To be supplemented

Fake imprint; on a thicker and very white paper; smaller than usual.

I got a sample copy of this fake poster already. And I have the real stuff too. The real one is actually a two panel big size poster. The wording on the fake is all wrong and faked up. Will add pics of the real one later. The real 2-panel poster is extremely rare.
To be supplemented

No imprint; on thick paper; size about 53x75cm; this is one of the about 7 varieties of newly made fakes appeared on market since Sept 2003. Now very common on Ebay. They are all with similar format of titles (not wordings but the fonts, color and position of words and Mao’s blue signature; quite easy to identify in this respect. Graphic based on real poster though.

Ditto. Sorry that it’s not convenient for me to name the several Ebay sellers selling these fakes. They will kill me. ^-^

No imprint; on thick paper; design based on actual poster; size about 54x75cm

No imprint; on thick paper; size about 54x75cm

No imprint; on thick paper; design based on actual poster; size about 54x75cm

Click here to view another fake reprint in slightly different color #
No imprint; on thick paper; size about 54x75cm

No imprint but terribly big date; on thick paper; design based on actual poster; size about 54x75cm, a typical fake poster!

No imprint; on rough paper; size about 54x75cm

No imprint; on rough paper; size about 54x75cm

This is a higher quality fake poster produced by color photocopy. However, the imprint on it is fake up by retyping in unusual format; design based on actual poster; size at about 57x84cm

This real poster is much sharper and clear. One can see that the font used is also different. This is actually a very rare movie poster published in late 60’s. On the left top corner is a Mao quote. Size at 77x105cm.

This is a higher quality fake poster produced by color photocopying. However, the imprint on it is fake up by retyping in unusual format; design based on actual poster; printed on rough paper; size at about 53x76cm

The original designer of this poster, Mr. Ha Qin Wen, is a very famous artist who created many anti-imperialism posters in early 60’s.

Also note that the seller of this fake poster is very active on Ebay, selling similar style fakes from time to time and directing bidder to shop directly on their website.